On July 20th, Expert Admissions hosted a webinar to discuss the latest data in college admissions. Our hosts were Expert Admissions’ co-founder and head counselor Bari Norman and senior admissions counselor Sarah Lyons. They discussed historical trends in admissions, the effects of test-optional policies, and what this means for a strategic application cycle in 2022-2023. Keep reading for highlights from the conversation.

One of the most important and major changes we’ve seen is increased applications at larger public institutions and highly selective private institutions. Since 2012, declines in admit rates have caused a shift in perspective on the difficulty of the college process. Large public institutions that were once relatively straightforward and predictable in their admissions practices have become far less so. You can see these trends in the table below.

The bottom line is, there are fewer truly “safer” options for students who meet certain benchmarks in grades and test scores. It’s more important than ever to be strategic about where and when you’re applying, including how you utilize Early Decision (ED), Early Action (EA), and Regular Decision (RD) application plans. 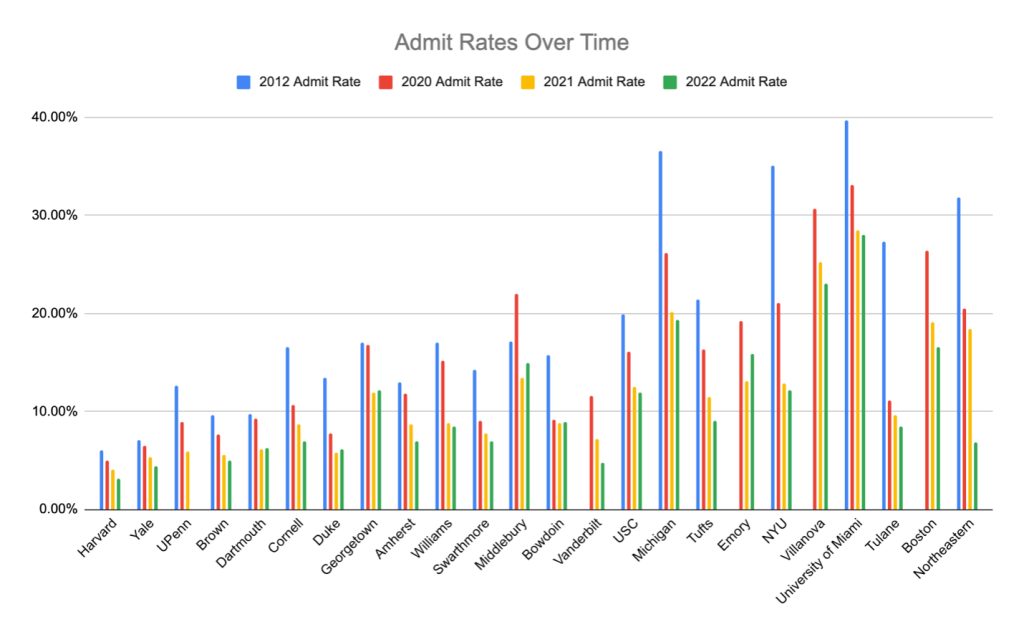 There are a number of reasons for the trends we’re seeing in admissions, including:

There’s no denying that the admit rates in Early Decision and even Early Action rounds are higher than those in Regular Decision. And while it may look as though most schools that offer ED fill about half their class from the early rounds and half from RD, that’s not the whole story. Take a look at the charts below for some visual data on ED and RD admissions.

For the most part, pre-approved athletes and special interest groups will show up in the early round, so while it may look like it’s easier to get in, it’s not quite as easy as some of the numbers may lead you to believe. And while ED2 can be a great option at schools that offer it, the ED2 applicant pool tends to be highly competitive. Many ED2 applicants will have been contenders at highly selective schools who didn’t quite make the cut in the first round of Early Decision. Keep in mind that at schools that offer early admissions plans, it’s most difficult to be admitted in Regular Decision. The applicant pool is significantly larger, and much of the incoming class has already been filled. Schools then have much more flexibility in RD to ensure that they’re meeting their institutional needs and admitting a well-rounded class in RD. 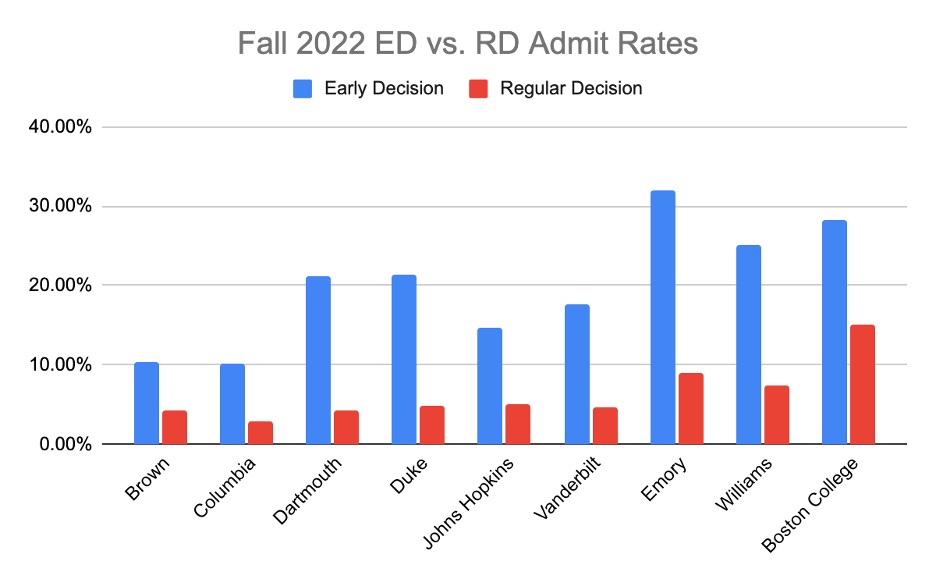 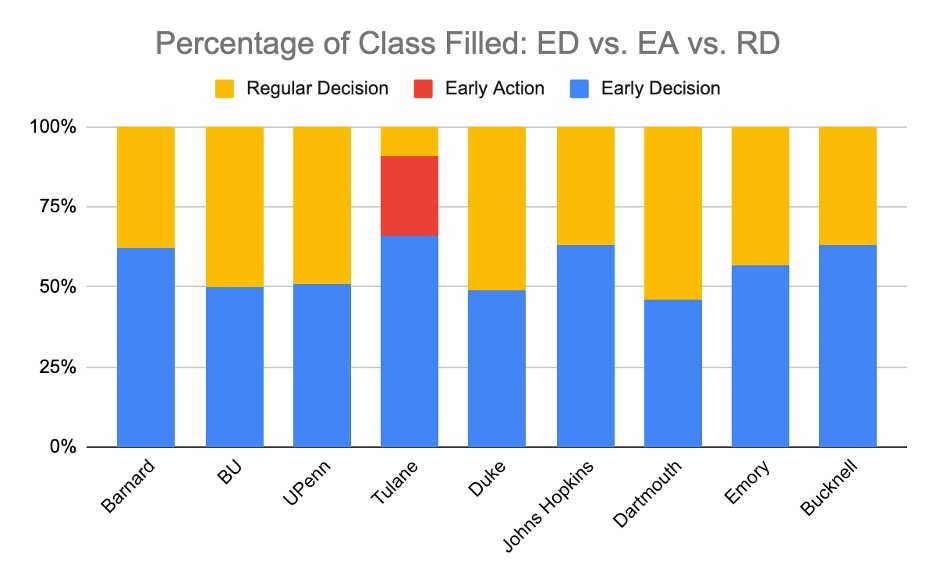 At this point post-pandemic, about 80% of colleges and universities are test-optional. However, from the data we’ve seen, there does seem to be an overall disadvantage to applying without test scores. Students who submit strong test scores are more likely to be admitted than those who do not submit scores at all.

One important shift since the adoption of test-optional policies has been the inflation of the mid-50% range of the test scores of admitted students. With added flexibility, students began submitting scores that were closer to the top of the 2019-2020 mid-50% range, driving that range ever higher. You can see this dramatic upward trend in these averages from just before and just after the start of the pandemic:

If the pandemic has taught us anything, it’s that the future is uncertain. But here are some things we know and some things we expect to see in the 2022-2023 application cycle:

*correction: the webinar stated that UVM had added Early Action rather than Early Decision

While we’ve scratched the surface here, our counselors dug deep into the numbers this year. They examined the details of the admit rates at Boston College, Boston University, Northeastern, Tulane, and USC; discussed waitlist data for the 2021-2022 admissions cycle; and provided a shocking 20-year overview of admissions in the Ivy League. For these details and more, watch the webinar here.